PEPSI has detected the optical Mg I triplet at 7.8-sigma in the extended atmosphere of the ultra-hot Jupiter KELT-9 b. Constraints are placed on the density and radial extent of the excited hydrogen envelope.

The spectra presented in Paper I, II and III are available for download as A0 PEPSI posters. See the Wallposters section among the Library links. 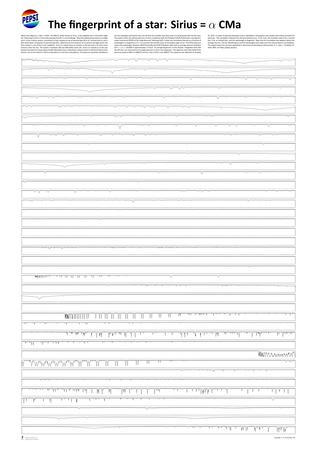 The poster shows the optical spectrum of Sirius obtained with the Potsdam Echelle Polarimetric and Spectroscopic Instrument (PEPSI) of the Large Binocular Telescope (LBT). 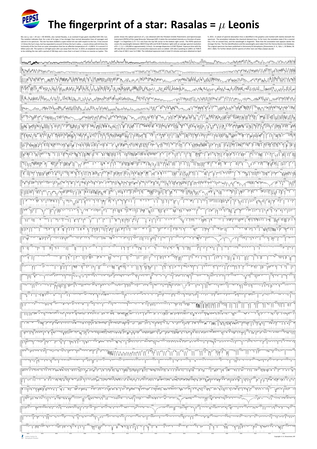 The poster shows the optical spectrum of Mu Leonis obtained with the Potsdam Echelle Polarimetric and Spectroscopic Instrument (PEPSI) of the Large Binocular Telescope (LBT).

9 January 2018. The Potsdam Echelle Polarimetric and Spectroscopic Instrument (PEPSI) at the Large Binocular Telescope (LBT) in Arizona released its first batch of high-spectral resolution data to the scientific community. In a series of three papers in the European journal Astronomy & Astrophysics, the PEPSI team presents a new spectral atlas of the Sun, a total of 48 atlases of bright benchmark stars, and a detailed analysis of the chemical abundances of the 10-billion year old planet-system host Kepler-444.

We present the discovery of KELT-21b, a hot Jupiter transiting the V = 10.5 A8V star HD 332124. The planet has an orbital period of P = 3.6127647 ± 0.0000033 days and a radius of 1.586 RJ. We set an upper limit on the planetary mass of MP< 3.91 MJ at 3σ confidence. We confirmed the planetary nature of the transiting companion using this mass limit and Doppler tomographic observations to verify that the companion transits HD 332124. These data also demonstrate that the planetary orbit is well-aligned with the stellar spin, with a sky-projected spin-orbit misalignment of λ =-5.6° . The star has Teff=7598 K, M* =1.458 M☉ , R* =1.638 R☉ , and vsini* =146 km s-1, the highest projected rotation velocity of any star known to host a transiting hot Jupiter. The star also appears to be somewhat metal poor and α-enhanced, with Fe/H=-0.405 and [α/Fe] = 0.145 ± 0.053 these abundances are unusual, but not extraordinary, for a young star with thin-disk kinematics like KELT-21. High-resolution imaging observations revealed the presence of a pair of stellar companions to KELT-21, located at a separation of 1.″2 and with a combined contrast of 6.39 with respect to the primary. Although these companions are most likely physically associated with KELT-21, we cannot confirm this with our current data. If associated, the candidate companions KELT-21 B and C would each have masses of ∼0.12 M☉ , a projected mutual separation of ∼20 au, and a projected separation of ∼500 au from KELT-21. KELT-21b may be one of only a handful of known transiting planets in hierarchical triple stellar systems. 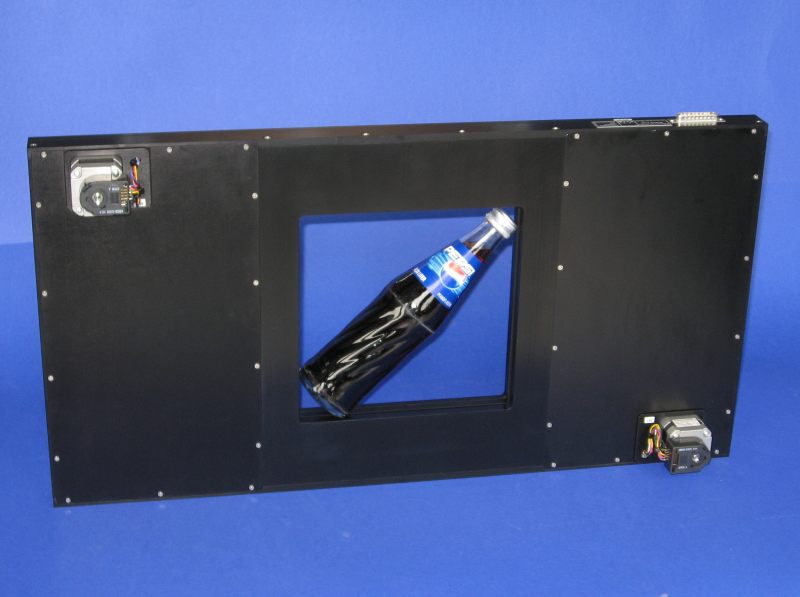 The installation of PEPSI at the LBT was completed on September 6th when both its polarimeters were mounted in the straight foci of the LBT. During the night of September 10, 2017 the telescope was pointed to the magnetic standard star gamma Equ and a series of integrations in circularly and linearly polarized light were obtained. These spectra have a spectral resolution of R=120,000, covered four wavelength regions in the optical (two always simultaneously) and reached a S/N ratio of up to 600:1 in 6 min integrations. The telescope was just tracking and not guiding yet nor were the wavefront sensors actively collimating the telescopes. The image quality was controlled by eye (by John Hill remotly from Tucson). Because the polarimeters for each of the LBT telescopes are identical and modular in design, circular and linear polarization may be obtained simultaneously. We used the SX side for circular and the DX side for linear polarization. A total of 12 exposures were obtained.

August 21, 2017. The partial solar eclipse was observed at Mt.Graham in Arizona remotely from AIP with the Solar Disk Integrated Telescope (SDI) which guides on the Sun and feeds the light into the PEPSI high-resolution spectrograph in the pier of the LBT telescope. The partial eclipse began on 09:16 MST and ended at 12:03 MST.

One hundred spectra were obtained during the course of the eclipse in two wavelength regions 422-477 and 536-628 nm with the resolving power 270 000 (1100 m/s in radial velocity per resolution element). The spectra obtained are highly dynamic as the area of the line formation changes, hence, the shape of the lines is slightly alternating. We perform analysis of the Sodium D1 line 589.59 nm which is formed in the lower chromosphere of the Sun above 500 km of its photosphere. Its bisector (i.e. the central wavelength at different depths of the line profile) shows large changes in the line core which is formed in the higher chromospheric layers.